Fred and his three sons served a combined total of 150 years with the National Park Service.   In 1988 a National Park building in Estes Park was named McLaren Hall and dedicated to honor the McLaren family.  The building, constructed around 1930, had been used as a ranger dormitory and mess hall, training and conference center, research office Park museum and post office.  The McLarens made a difference to the National Park Service family while they were serving, but will also have an impact for generations to come.  Their careers serve as models.  They thought of the NPS first and themselves second. 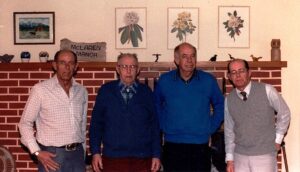 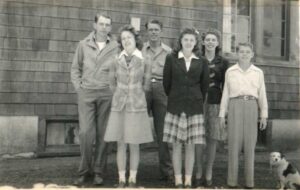 married Alice Pauline “Polly” McLean who had 2 daughters from a previous marriage, Sharon and Sandra

Doug adopted the girls and they had a son Brian