The Lehman’s migrated from Germany when they were quite young.  They married in St. Louis and found their way to Middle Park in 1880. 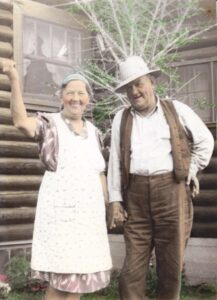