August 1st, 2015 was History Day at the Kauffman House Museum.  Ranger Kathleen Rutter and four park volunteers were on hand to visit with the people at the museum during the afternoon to answer questions and help celebrate the 100th anniversary of Rocky Mountain National Park. 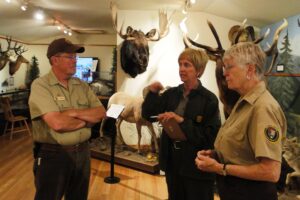 History Day at the Kauffman House was held on August 2nd, 2014.  Teacher Katie Gailey and students were at the Gallery in the school exhibit for the day.  Many people enjoyed the afternoon and had the chance to dress up and play school. 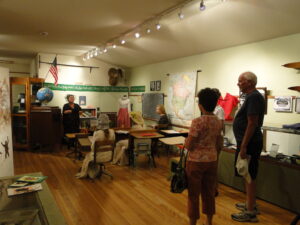 Visitors observe a Day at School

James Cairns opened the Cairns General Store in 1881.  He sold the store to Matilda Humphrey in 1926 and she operated the store until her daughter took over.  This store is still owned by the family and is presently Cabin Fever on Grand Avenue in Grand Lake, Colorado. 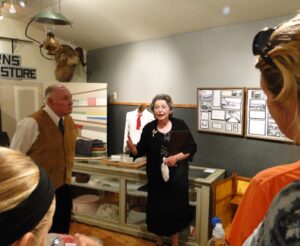 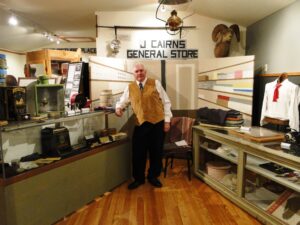 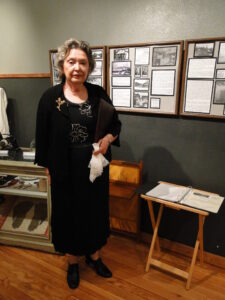